We are Ingrid and Johan and our two children Ricky and Mercina. Due to the often chilly and rainy weather, we were tired of our apartment in Ostend for some time already. For a long time we were quietly dreaming of a house somewhere in a beautiful spot under the sun. Croatia seemed interesting to us after a few holidays, but we had not yet discovered the spot to our liking. We’d often browse the internet to see what was on sale around the world, from Florida to Greece.

Strange but true, France and Spain were the last places we thought of. Southern France and Northern Spain did not appeal to us at all. We really are not the type to spend our holidays in a god-forsaken place in France, or to stay between the built-up coasts on the Costa Brava.

Until we ended up in Andalusia last year. You can find the peace of a small village with beautiful views, beautiful nature and the friendliest local people. And if you want that real holiday feeling, just take the car and go to the hustle and bustle of the big cities such as Malaga, Seville, Granada, etc. A tourist or a quiet beach; the choice is yours. We were really convinced that this was what we had been looking for for several years. Even during this short holiday in Andalusia, we already decided to sell our apartment in Ostend.

We decided to take Spanish classes together with the firm conviction to buy something in Andalusia. Pretty soon we ended up with Geert and Patricia. Our apartment was soon sold and we contacted Andalucia real estate again. A viewing appointment was made in November. Meanwhile, we searched the internet for houses in the region. Our preferences and some of the houses we wanted to see were emailed to Andalucia Real Estate. In November it was finally time and we met Geert and Patricia. At the office we first received a full and pleasant explanation of what is involved in buying a house. After this we went out with Patricia to visit houses. However, the choice did not become easier. Coincidentally, the last day we ended up in the mountainous village of Mondrón. This was also the region we had previously visited. There were two beautiful houses that we really liked. The viewings were closed on a terrace, where we could already discuss our choice with Patricia. After consultation with Patricia, we quickly came to an interesting offer and Patricia contacted the seller. Only an hour later we received an answer. We could slightly increase our offer or drop our first choice, but the difference was still too small to let our dream villa go. Therefore, we accepted the seller’s counteroffer. The next day we already had an appointment with the lawyer to arrange everything. These people also gave us a correct explanation of how everything would work. After a down payment, they checked that there were no construction violations, that everything had been built legally, that the papers were in order and that there were no more debts attached to the villa. Three months later we were the proud owner of our dream villa. The house was fully furnished, and we did not have much work. In February we were “boss in house” for the first time at our dream place. After a week of controlling everything, we returned home, tired, but satisfied. We really long for the next stay in our second “home” in this beautiful region. Our greatest thanks in all areas to Geert and Patricia. From the first to the last day they assisted us with everything, with cordiality, good advice and professional knowledge.

Thank you Andalucia Vastgoed for helping us realize our dream! 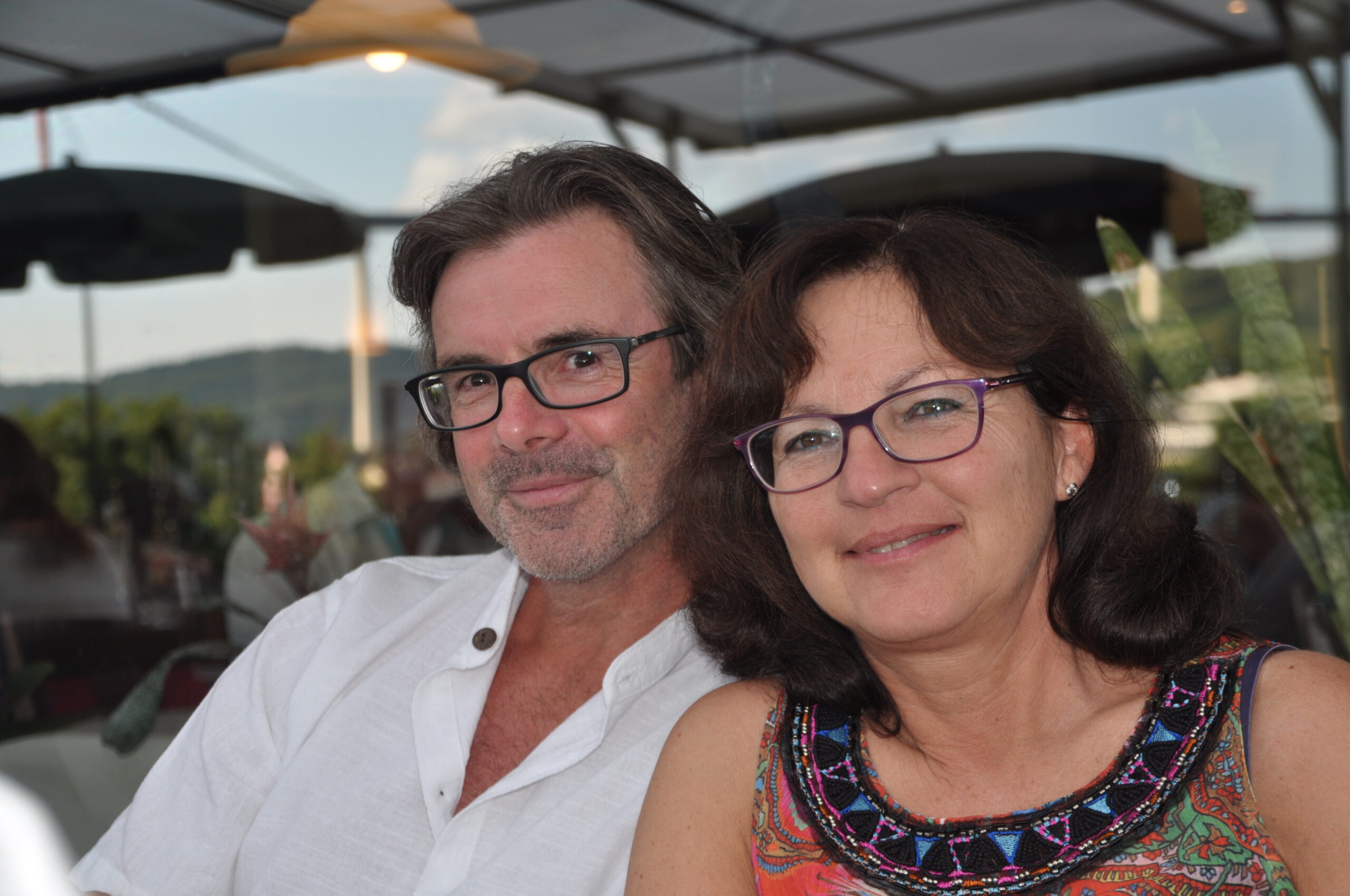 Hello, we’re Mireille and Patrick and we live in Zemst. END_OF_DOCUMENT_TOKEN_TO_BE_REPLACED 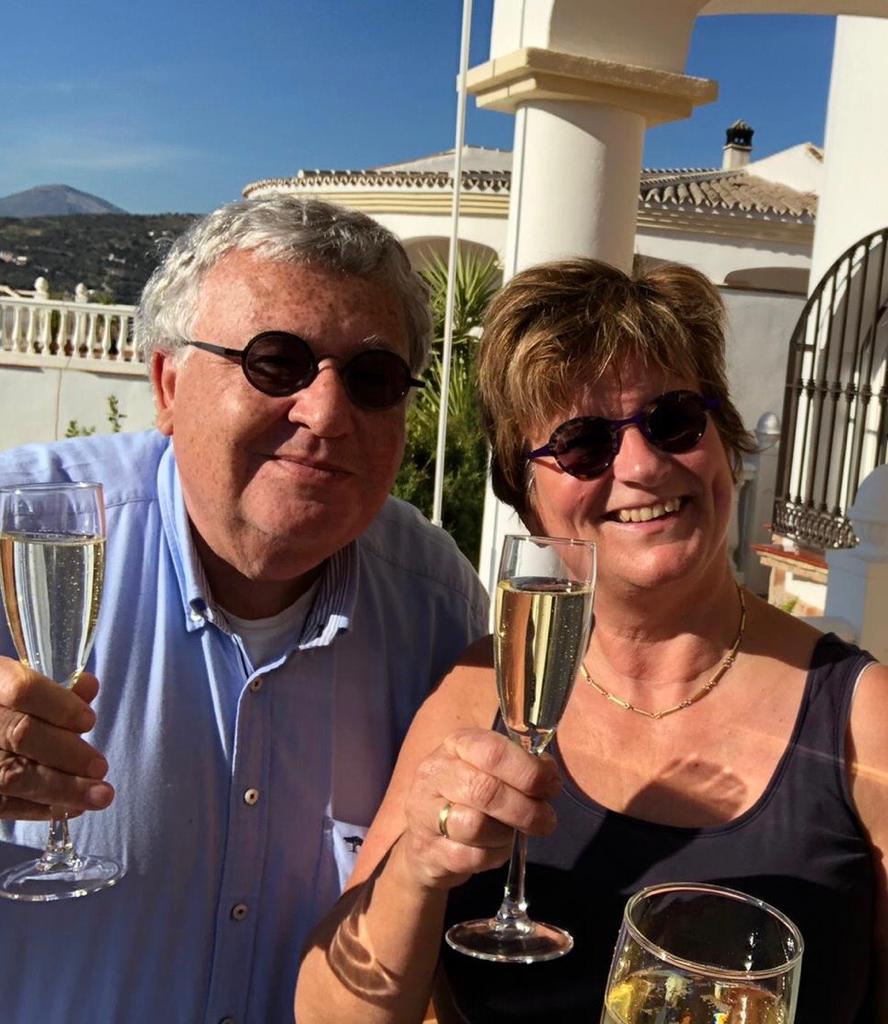 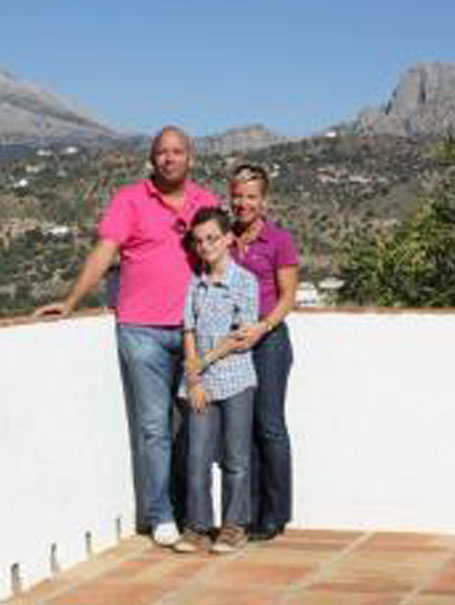 We , Filip and Valerie and our son Cédric, now live in Spain since January 2011. Before that we both had our full time job in teaching. END_OF_DOCUMENT_TOKEN_TO_BE_REPLACED 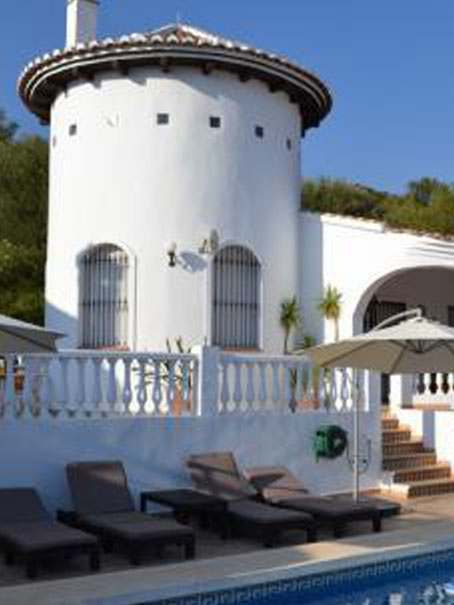 We are Ingrid and Johan and our two children Ricky and Mercina. Due to the often chilly and rainy weather, we were tired of our apartment in Ostend for some time already. END_OF_DOCUMENT_TOKEN_TO_BE_REPLACED 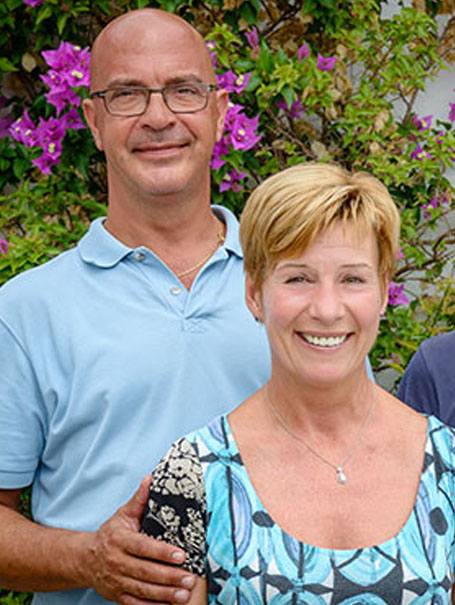 With the opening of Bed & Breakfast Los Montes in May 2011, we realized our long-standing dream. END_OF_DOCUMENT_TOKEN_TO_BE_REPLACED 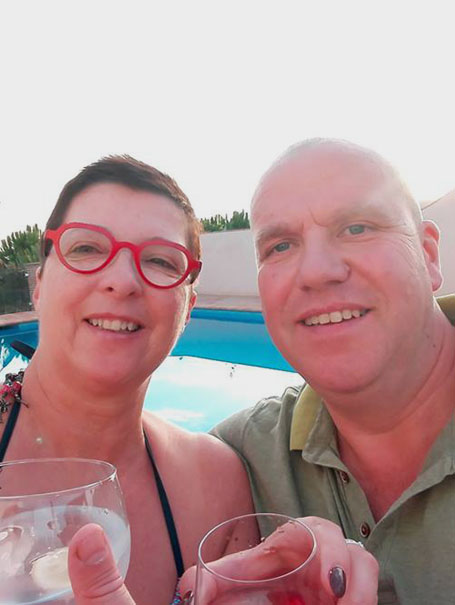 How did we find Geert and Patricia to achieve our dream?  The idea of having our own place in the sunny south became reality when we started looking at a few properties on the internet. END_OF_DOCUMENT_TOKEN_TO_BE_REPLACED 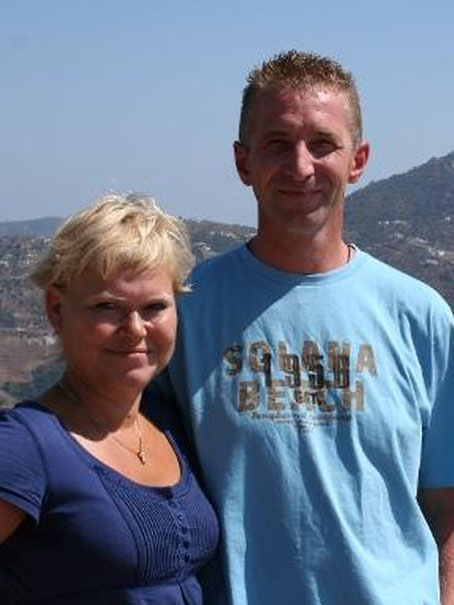 For years we have been thinking to start en new adventure and move to Spain, preferably the region of Andalucía.  A big step, one you don’t decide on overnight but more then once has been put aside because of other more important matters, personal, work etc.

END_OF_DOCUMENT_TOKEN_TO_BE_REPLACED 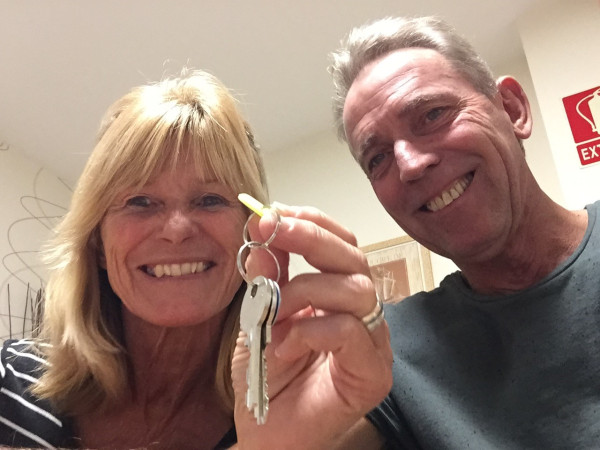 We are José and Frans, Our story begins in 2015. END_OF_DOCUMENT_TOKEN_TO_BE_REPLACED 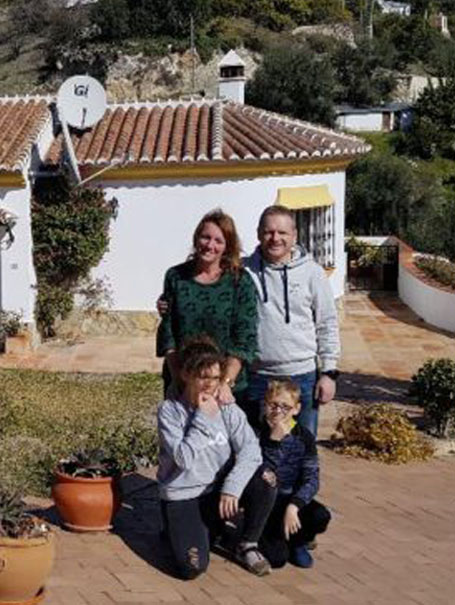 Hello, we are Bart and Sabrina. Together with our 2 children, Lotte and Senne, we had been dreaming of having our own holiday home for a few years. END_OF_DOCUMENT_TOKEN_TO_BE_REPLACED 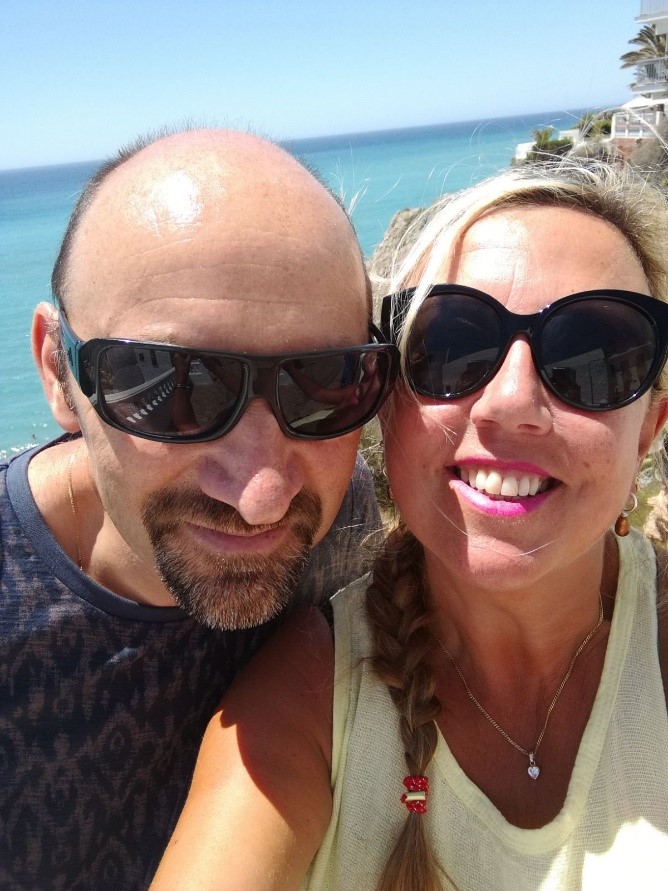 Hola! We are Elke and Guy and run a bed and breakfast under the Andalusian sun: Casa Utopia in the “real” Spanish village of Alcaucin. END_OF_DOCUMENT_TOKEN_TO_BE_REPLACED 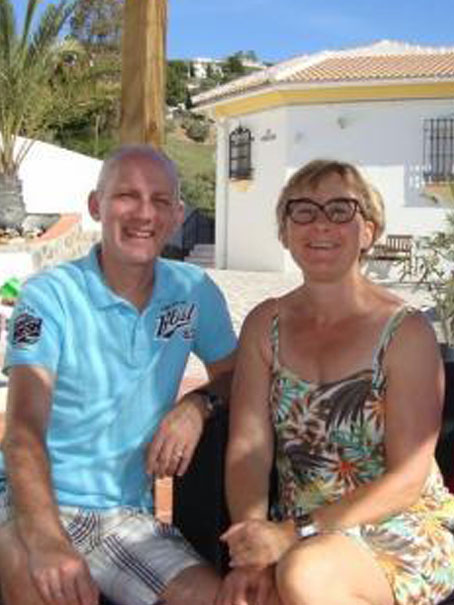 We are Willy and Annemie, both in our mid-50s with 2 children, in their mid-20s. My “dada” was always to have something in the mountains and both our summer and winter leave went to Alps in 50% of the cases. END_OF_DOCUMENT_TOKEN_TO_BE_REPLACED

Hello everyone!  Our story starts 33 years ago when we met through an aunt of mine. END_OF_DOCUMENT_TOKEN_TO_BE_REPLACED 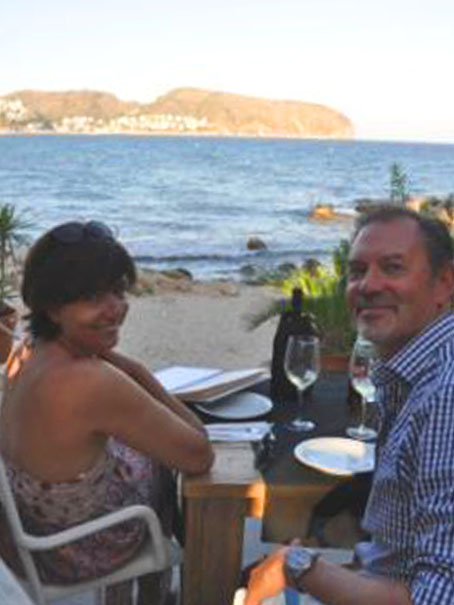 We had enough of the drizzly winters and especially the drizzly springs (and often summers, etc.).  For some time the plan had matured to have a warm place where we could recharge our batteries and perhaps remain permanent later in life. END_OF_DOCUMENT_TOKEN_TO_BE_REPLACED 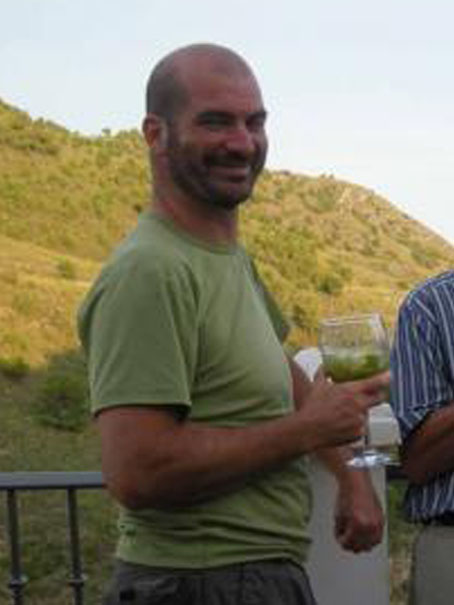 Our Spanish story…. We had dreamed about it for a number of years, a house in Spain, as a holiday home and eventually when we would retire, to stay more often, or possibly permanently END_OF_DOCUMENT_TOKEN_TO_BE_REPLACED 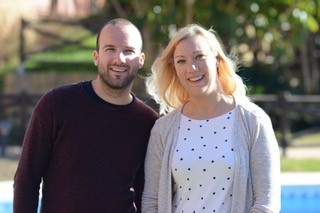 Hello, we met Geert and Patricia in 2013, when we were looking for an apartment. END_OF_DOCUMENT_TOKEN_TO_BE_REPLACED 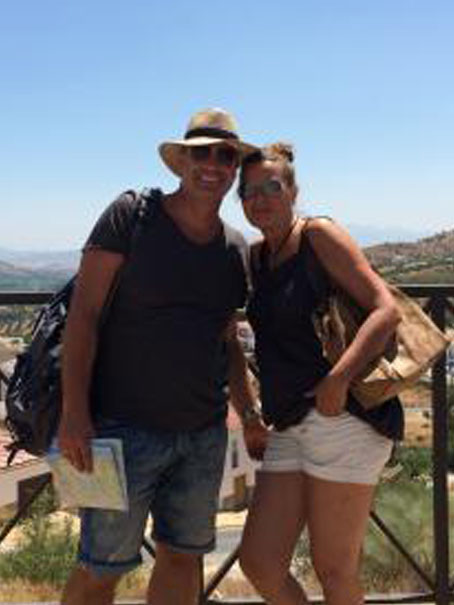 We Renate and Peter, parents with 2 big children, have been the proud owners of “Casa Arboleda Sayalonga” since December 2016, a luxury holiday home with swimming pool on 3200 m2 of land in the municipality of Sayalonga.

END_OF_DOCUMENT_TOKEN_TO_BE_REPLACED

This website uses cookies to improve your experience while you navigate through the website. Out of these, the cookies that are categorized as necessary are stored on your browser as they are essential for the working of basic functionalities of the website. We also use third-party cookies that help us analyze and understand how you use this website. These cookies will be stored in your browser only with your consent. You also have the option to opt-out of these cookies. But opting out of some of these cookies may affect your browsing experience.
Necessary Altijd ingeschakeld

Any cookies that may not be particularly necessary for the website to function and is used specifically to collect user personal data via analytics, ads, other embedded contents are termed as non-necessary cookies. It is mandatory to procure user consent prior to running these cookies on your website.